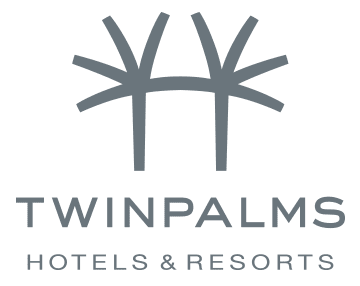 So many noodles, so little time! One of the world’s most popular foods, there are thousands of varieties to choose from. They come in all kinds of shapes, sizes, colours and textures, you can boil them and throw them into a rich broth for soup, stir-fry or deep-fry, top them with flavourful sauces, stuff them inside flatbreads and spring rolls, and even dehydrate them to be eaten at a later date!
The noodle is an important part of many cultures, particularly in Southeast Asia where every country has its signature noodle dishes with different preparation methods and flavour combinations, and within that country every region has its variation too. Recipes are based on various factors, from the climate and what ingredients are easily available in the local area to the style of cooking, making each noodle dish truly unique. 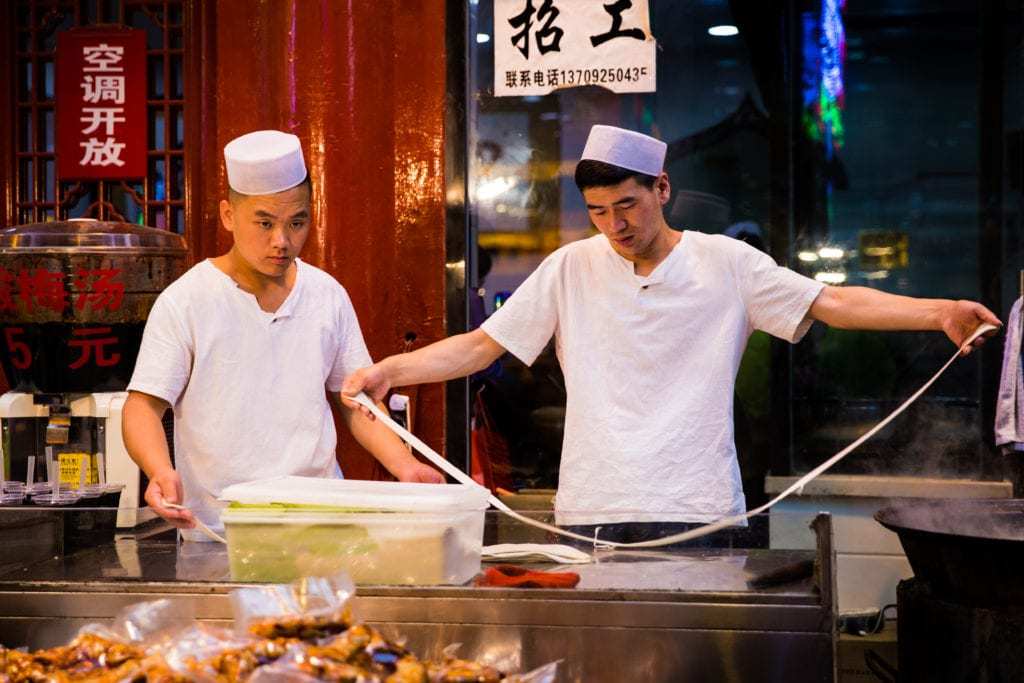 China is the biggest consumer with local noodle shops on every corner. Here, they’re not seen as simply a food, there’s so much more to it with certain types of noodles eaten on special days of the lunar calendar and others consumed for prosperity and good fortune.
There are some interesting stories behind noodles in China. In this traditional culture it’s believed the dragon is the rainmaker, particularly important for an agricultural society, so one of the things people do to worship the dragon is to make him Dragon Whiskers Noodles. Another story tells of an orphan being taken care of by his brother’s wife, when he became ill in battle his sister-in-law nursed him back to health by serving him piping hot noodles. After his miraculous recovery, he named the dish ‘Sister in Law Noodles’. 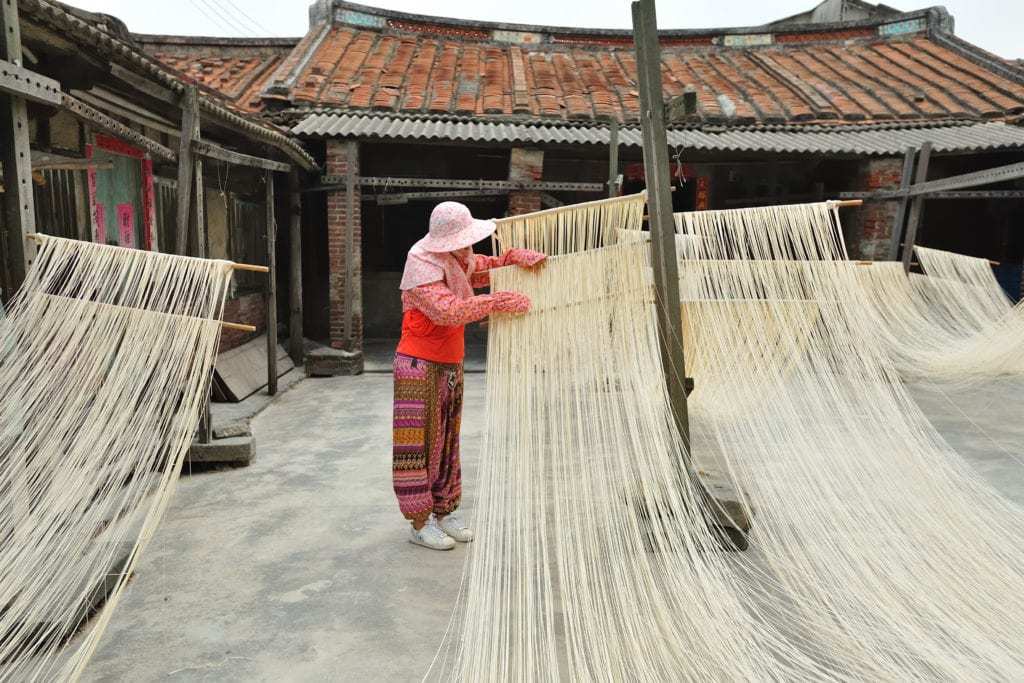 Where Did Noodles Come From?

Noodles are enjoyed by people all over the world, pho in Vietnam, ramen in Japan, dan dan mian in China, japchae in South Korea, pad Thai in Thailand, mohinga in Burma, Hokkien mee in Singapore, the list just goes on.

There is a lot of debate over where the noodle originated from, with the Arabs, Italians, and Chinese all clamouring to take the credit. Mostly the evidence seems to point towards the Chinese, given that the earliest documentation of noodles was included in a book that dates back to the Han dynasty (206 BC – 220 AD) in China, whilst the earliest written record of noodles on the western side of the world dates much later, at around 500 and 600 AD.

Preceding that, a 4,000-year-old bowl of noodles was discovered inside an overturned sealed bowl, buried under 10 feet of sediment at the Lajia archaeological site in north-western China. Scientists carried out studies that confirmed the noodles were made from two kinds of millet, a grain native to China and widely cultivated there 7,000 years ago.

We may never truly know where the original noodle was created. Wherever it was, they are just as popular now as they have ever been and this is for several reasons, they are relatively cheap yet nourishing and filling, quick to prepare, can be eaten hot or cold, and are universally loved.
Eating a bowl of noodles isn’t just about nourishment when the noodle is prepared with love, it can help family’s bond, friendships flourish, and communities grow stronger. 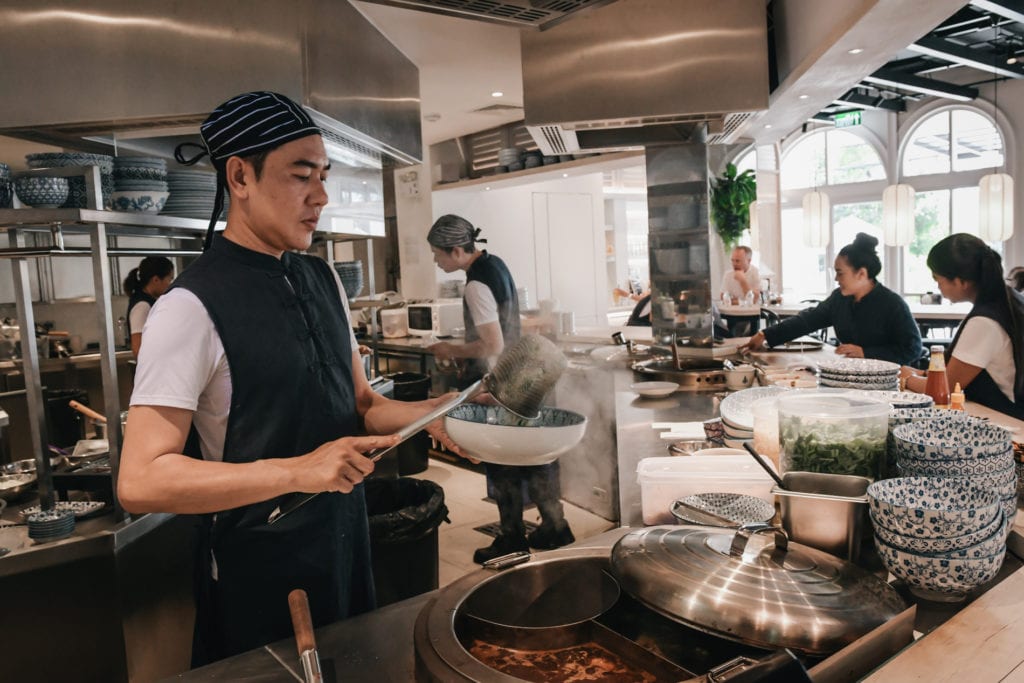 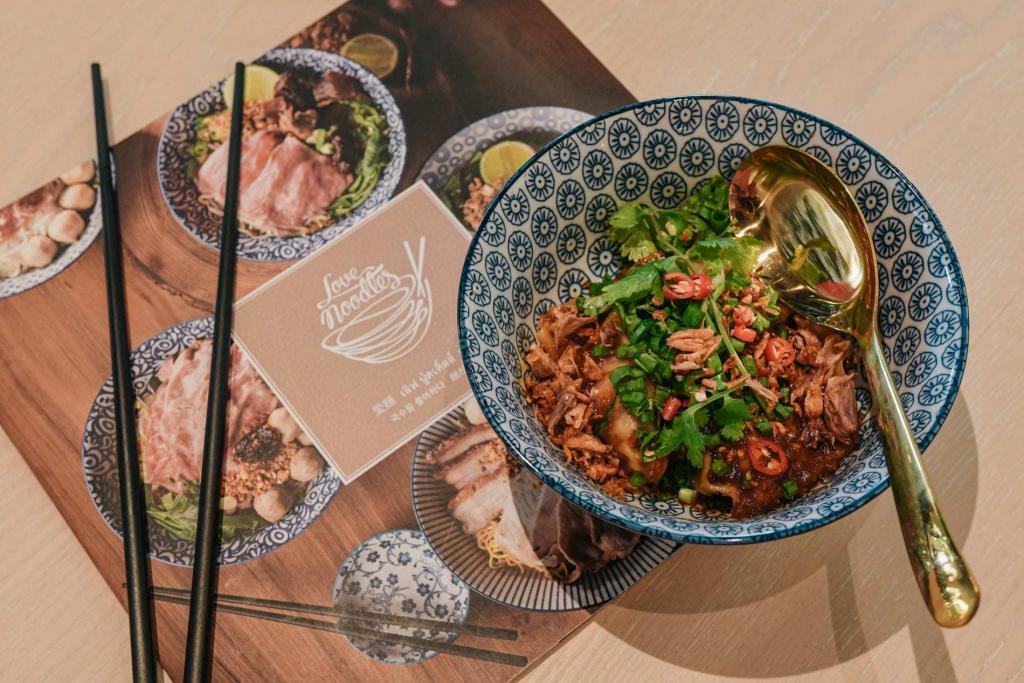 You can find the perfect bowl of noodles at ‘Love Noodles’ restaurant in Turtle Village, Mai Khao. The restaurant offers a quintessential noodle house experience with a menu that includes several popular noodle dishes from Japan, Vietnam, Korea and of course, Thailand.

Peruse the menu and choose an assortment of dishes to set you on your way on a culinary voyage. Explore the flavours of the northern region of Thailand and taste the spicy curry richness of a steaming bowl of Khao Soi or mop up the flavours of Thai holy basil and peppercorns and enjoy a plate of Drunken noodles (Pad Ki Mao). Fill up on the nation’s firm favourite Pad Thai, with its familiar tamarind sauce served either with tofu, prawns or chicken, or opt for a refreshing Noodle Soup, with either a traditional beef or pork broth base. At Love Noodles there’s oodles of noodles for everyone.
PrevPreviousDiscover Luxury Brands in Phuket 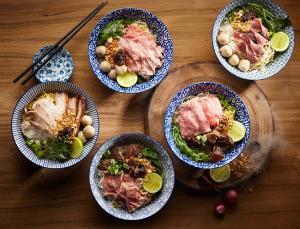 So many noodles, so little time! One of the world’s most popular foods, there are thousands of varieties to choose from. They come in all 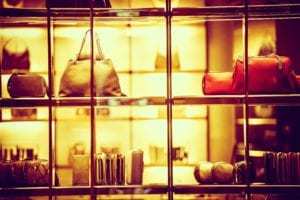 Just an hour’s flight from Bangkok, Thailand’s largest island has every luxury, whether you’re looking for a beach-side paradise, a decadent few weeks enjoying the

Getting to know Ultra Nate

Catch Beach Club is excited to host the sensational Ultra Nate on January 17th, 2020. Here we take some time to get to know the

Getting to know Ultra Nate

GETTING TO KNOW THE LEGEND BOB SINCLAR